How the Most Popular Diets in the Nation Impact Your Sleep.

It’s no secret what you put in your body can affect your mood, productivity and overall mindset. But that impact isn’t confined to your waking hours. Even subtle food choices, like a midnight snack, could promote or hinder your sleep.

So, it probably goes without saying that taking on even more significant diet changes (for instance, going Keto or trying Whole30) could trigger shifts in your sleep cycle.

Considering starting a mainstream diet? Consult your doctor beforehand to evaluate whether the plan’s parameters match your body’s nutritional needs and lifestyle. And, in the meantime, read on to find out how it could also affect your’s. 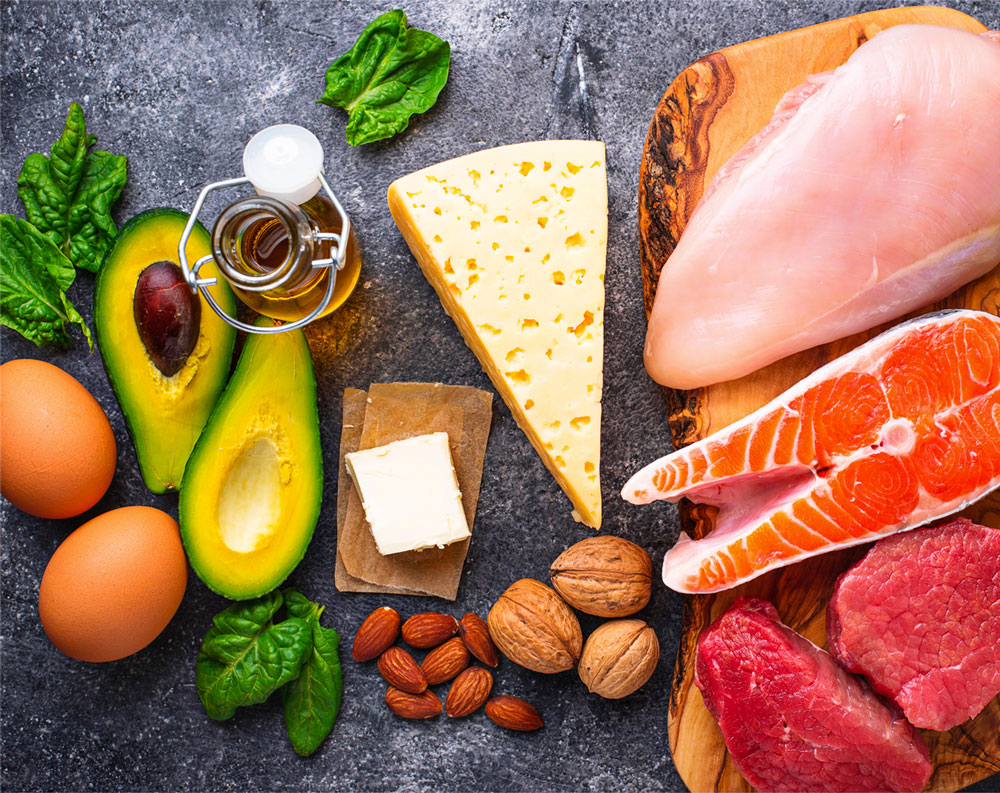 The Ketogenic diet involves cutting carbs and piling on fats. Each meal should contain about 75% fat, 20% protein and 5% carbohydrate, according to the Cleveland Clinic.

Your body derives energy from carbs by transforming it into glucose. But, when you start swapping out carbs for fats, your body begins processing a whole new type of fuel-source called ketones.

So, how does that transition effect your shut-eye?

If you’re already looking into the diet, you’ve probably encountered the term “Keto Flu.” It refers to a series of ailments that can hit dieters two to seven days after starting the meal plan – one of which is difficulty sleeping. But, as a post in the Harvard Health Blog pointed out: The mechanisms behind this particular phenomenon haven’t been researched much. This makes it tricky for us to fully understand what’s behind the flu’s onset. There are a few possibilities.

“Is it related to a detox factor? Is it due to a carb withdrawal? Is there an immunologic reaction? Or is this a result of a change in the gut microbiome?” blog author, Marcelo Campos M.D., questioned in his post.

Despite its unconfirmed cause, we did find one study from Nutritional Neuroscience, that uncovered differences in dieters’ sleep patterns over the short-term.

So, what’s up with the changes in sleep stages 1 and 2? One possibility is the extra effort your body exerts to digest fats and proteins, disrupts those early sleep stages.

Then, what’s behind the dip in REM sleep? REM sleep requires a higher metabolic demand and when carbs are restricted it’s possible your body experiences less time in that sleep stage.

But in the end, the researchers noted that the amount of REM sleep participants lost, isn’t enough to make a noticeable difference.

The bottom-line? More long-term research needs to be done before reaching any conclusions. But the evidence that the Keto diet affects sleep exists – in both research and real life.

The Paleolithic diet is all about going back to basics. Way back. The diet’s rules involve eating like our Stone Age ancestors. Ancestors, who didn’t have access to drive-thrus, dairy or alcohol. So, essentially all processed foods are nixed. Grains, sugar, salt, and beans are also off the table.

Now, could this caveman-esque diet change the way you snooze?

Research from Edith Cowan University found it could. In a not-so-great way.

The Australian study investigated the impact the diet had on a small sample of healthy women. One group went Paleo and the other ate a balanced diet (encompassing all five food groups) for four weeks.

The result? Eighteen percent of the Paleo dieters reported trouble sleeping. This is in contrast to the balanced dieters, who didn’t indicate any issue in the sleep department.

sleeping. This is in contrast to the balanced dieters, who didn’t indicate any issue in the sleep department.

So, why did more of the Paleo group struggle to get shuteye? In an article by the University, study author Amanda Devine theorized it might have something to do with eliminating dairy.

An amino acid in dairy products triggers the release of compounds like serotonin and melatonin – which help keep your sleep patterns in check, she explained. Therefore, cutting out the entire food group could throw your shuteye off.

That said, it’s important to note, the study only examined Paleo’s effects in the short-term. More long-term studies could help us better understand Paleo’s impact on sleep, months down the line.

Simply said, Whole30 is a 30-day elimination diet. The goal is to enhance your awareness of how food influences your body. According to the Whole30 site, this realization occurs when you swear off foods that trigger cravings and inflammation, as well as unbalanced blood-sugar and gut health – and then, assess how your body feels without them.

The program sounds similar to the Paleo diet, in terms of foods you need to stay away from. For instance, no grains, beans, alcohol, processed items, sugar or dairy. However, dieters are allowed a few exceptions to the rule (like fruit juice and salt) that wouldn't fly on the Paleo diet. Overall, eating whole foods or those with simple, limited ingredients is highly encouraged.

The truth is – there isn’t much research specifically on Whole30 yet. That said, with how similar the diet changes are to Paleo, it could be worth considering whether the lack of dairy could have a similar effect on sleep.

The Whole30 program also cites that diet changes can throw your sleep cycles out of whack as your body adapts to the change in calories and carbs. Whole30 blog author, Kirk Parsley M.D., explained how “cleaning up” your diet can allow your body (specifically your cells) to become more reactive to the hormone insulin. However, it takes time for cells to develop that sensitivity and, in the meantime, they crave that insulin. This can spell out nighttime restlessness.

Dr. Parsley also acknowledged that the reason behind potential sleep trouble goes beyond your body’s insulin sensitivity. Changes in diet alter your gut biome. That can cause a complex ripple effect, promoting shifts in your body’s other systems. So, it’s likely no surprise that, those fluctuations can pour over into your sleep.

No matter which diet you’re considering, one thing is for sure: The effects of these meal plans aren’t universal and each of our bodies can react differently. However, it’s always helpful to have a general idea of what to expect before undergoing a serious lifestyle change.

One common thread along all the diets is the emphasis on whole foods – plenty of which are proven to help you sleep. So, if you’re on one of the diets we discuss and are wide awake at 2 am reading this. It could be worth, finding foods that fit your meal plan but also are chalked with sleep-inducing compounds like, serotonin, melatonin, magnesium, and calcium. Start with our list of the best bedtime snacks.

My Wishlist
You've just added this product to the cart: